Get to Know Us! 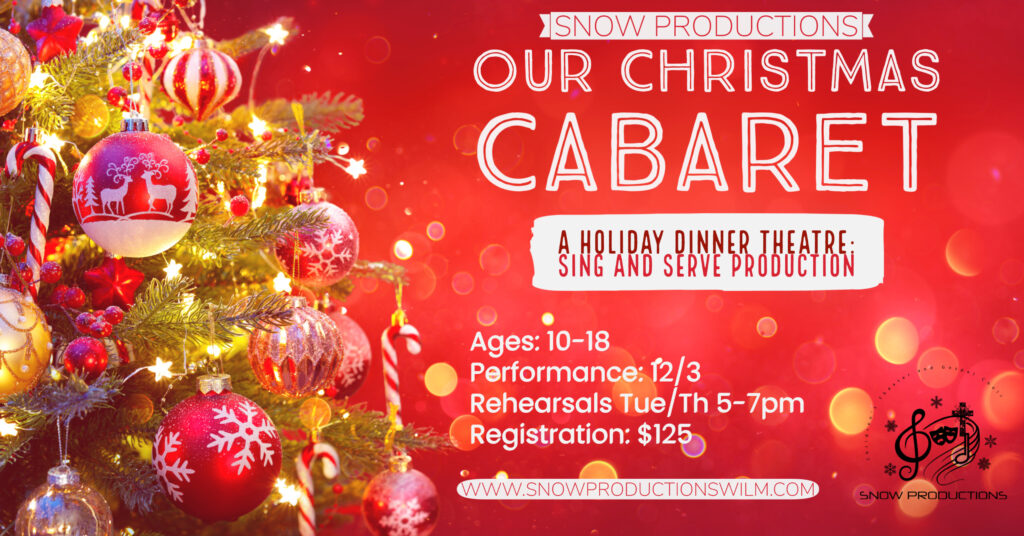 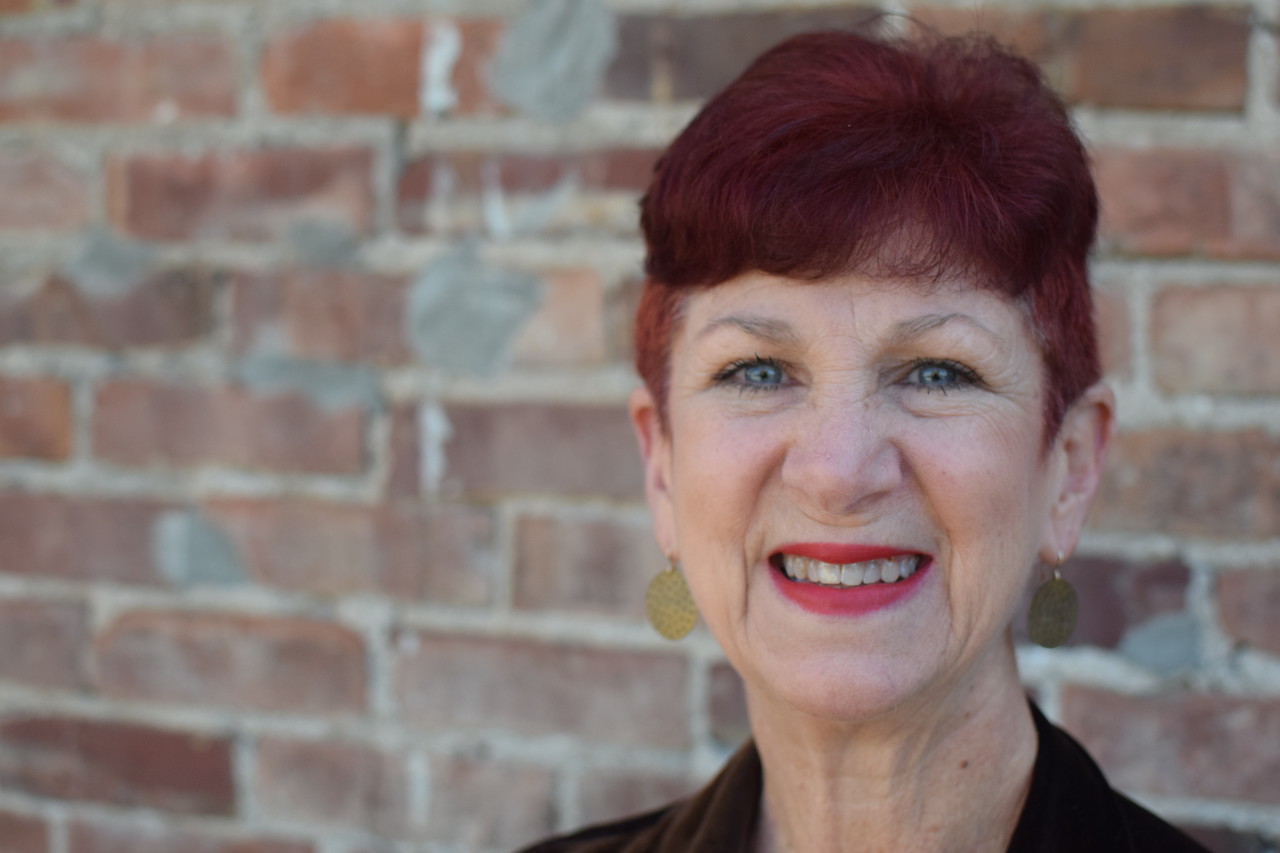 Sing and dance your hearts out as we celebrate the Holidays together with OUR CHRISTMAS CABARET: a dinner and cabaret night with wonderful songs like White Christmas and Let it Snow to some fun and jazzy tunes including Run, Run Rudolph and Rockin' Around the Christmas Tree. We'll even lead our audience as they sing along to classic Holiday carols and timeless songs like Rudolph the Red Nosed Reindeer and Santa Claus is Coming to Town.
Share your musical talents as you entertain our guests for a joyous and heart warming evening!
Performance Saturday, 12/3
Rehearsing Tuesdays and Thursdays 5:00-7:00pm
First Rehearsal Tuesday, 10/11
Where: 4609 Wrightsville Ave
Class Fee: $125
Register Today

Trudy is delighted to join Snow Productions! She enjoys teaching voice, musical theatre, and dance. She grew up in New Jersey and began a professional performing career in New York City at the age of 6. She has performed on Broadway and National Tours in such shows as “A Chorus Line”, “Shenandoah”, “Dames at Sea”, and “A Day in Hollywood/A Night in the Ukraine”. She developed a night club act and was booked in N.Y.C., Los Angeles, resorts in the Poconos, and cruise ships. She then moved to Ohio where she spent 23 years singing for a Christian Ministry, writing original songs,producing/directing/choreographing sketches and musicals, and coaching many singers. She moved with her family to Omaha, NE in 2015 and began working for the Rose Theater as a private voice instructor, musical director, musical theater instructor, and choreographer. She loves the opportunities that have opened up for her to teach and share from her professional experiences with young people who adore Musical Theatre like she does. One of her most joyous accomplishments was writing the songs for an original musical, “Penguin Problems” based on the book by Jory John and Lane Smith. She enjoyed co-writing the production with Artistic Director for The Rose Theater,
Matt Gutschick, and the musical was produced for The Rose stage in September/October, 2020. Trudy is excited about her move to Wilmington and looks forward to all that she will contribute to Snow Productions. The future’s as bright as the promises of
God!! 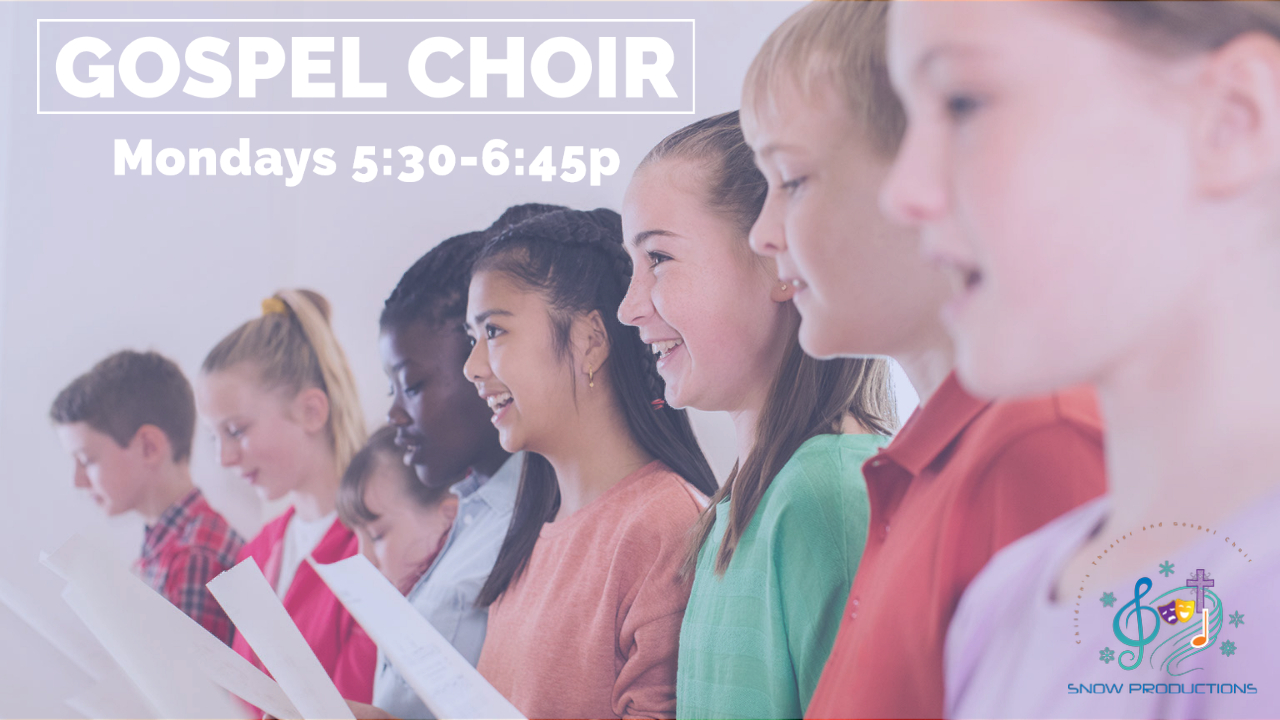 Choir is a fun and wonderful program to keep growing singing skills consistently throughout the season. Our youth choir enjoys a variety of repertoire ranging from Brooklyn Tabernacle Choir gospel favorites to Broadway showcase pieces. Learn and hone singing skills including increasing range, proper diction and vowels, breathing and vocal techniques, harmonizing along with meeting new friends and having fun! 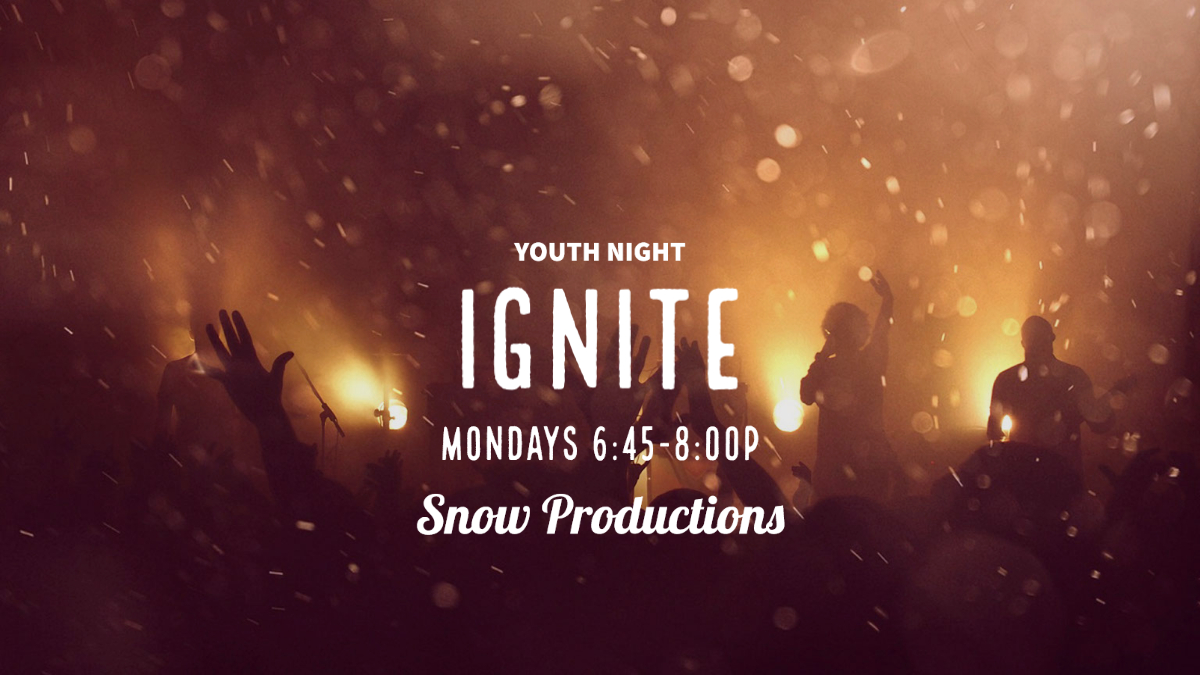 Ignite is our open and on going faith based Youth Night at Snow Productions. Open to all Snow students, friends and youth in the community, each evening is filled with fellowship, games, a faith building word and more. No fee. No registration required.

Spread the word and bring a friend!